I didn’t mean to buy a boat…

I didn’t mean to buy a boat…

From 1 to 10 October 2021, Yachting New Zealand is joining Steering the Course: a worldwide festival to encourage women into sailing. I say: Go for it.

By the time I was in my mid-20s, I had done a bit of sailing on keelers. My boyfriend owned a 27ft Cibert design called Mrs Oates and we often went away cruising for the weekend. I was happier motoring than sailing because I didn’t understand the sailing side. I didn’t even know the difference between a tack and gybe and was often nervous in conditions that, when I look back now, were nothing to worry about.

But even if I was anxious during the day, it was all forgotten as the anchor went down in a sheltered cove on Kawau Island, the birds tweeted their sunset song and we took the dinghy ashore for a picnic.

When it was just the two of us onboard, I helmed, hanked on sails and started to get the hang of sail trim, but whenever other guys came onboard, they told me: ‘I’ll do that,’ and I was out of a job.

I bought an 8ft sailing dinghy I named Lucy, after my great-aunt, whom I had never met but I always felt an affinity for her. Lucy, the dinghy, and I didn’t get up to much apart from tame outings with friends. I eventually sold her and thought about buying a windsurfer, because it would be easier to transport.

My flatmate Greg had a bach and a windsurfer at Whitianga, so that was my first attempt. Greg gave me a quick lesson, but he forgot to tell me how to gybe. Luckily he noticed his windsurfer disappearing over the horizon and flagged down a passing Laser to hunt me down. Greg jumped on the windsurfer; I came back on the Laser. Two days later, I had a Laser of my own.

I never raced my Laser, but I sailed it heaps, usually with someone else. We went out in weather from fine to blustery, capsized less and less frequently, and had a blast.

Then, one day, it wasn’t enough.

I’m still not sure how I came to buy a yacht.

I was working on a charter boat as Beckie the Deckie, but I was restless as crew. I wanted to be able to helm, anchor the boat and make the decisions, but it was a feeling rather than a deliberate thought. I started thinking about buying a yacht and the charter boat skipper told me: “Do your Boatmaster’s.”

These days it’s called Boat Skipper to be less gender-specific but this was the 1990s.

I did my Boatmaster, made some good sailing friends and then did my Coastal Yachtmaster, but my new knowledge wasn’t always welcome on the boats I was sailing on.

Finally, I thought: ‘Bugger it. I’ll buy my own boat.’

By then I was writing for Boating New Zealand magazine and the editor, Bill Barry, suggested I buy a Raven 26. Perfect: Raven 26 yachts are simple, bulletproof and had an excellent owners’ association. The first Raven 26 I looked at was immaculate and just within my budget. The broker refused to sell it to me.

I begged and begged, but he wouldn’t budge. He thought I shouldn’t own a yacht and that he was doing me a favour. I had to keep looking.

On my 31st birthday, I sold the Laser and bought a Raven 26. She was $6000 cheaper than the first Raven I’d looked at, which was just as well because I’d need it. Fistful of Dollars was a complete syllabus in boat maintenance.

So maybe the broker had done me a favour, because now the real learning began.

Wild Seas to Greenland by Rebecca Hayter, available from www.rebeccahayter.co.nz 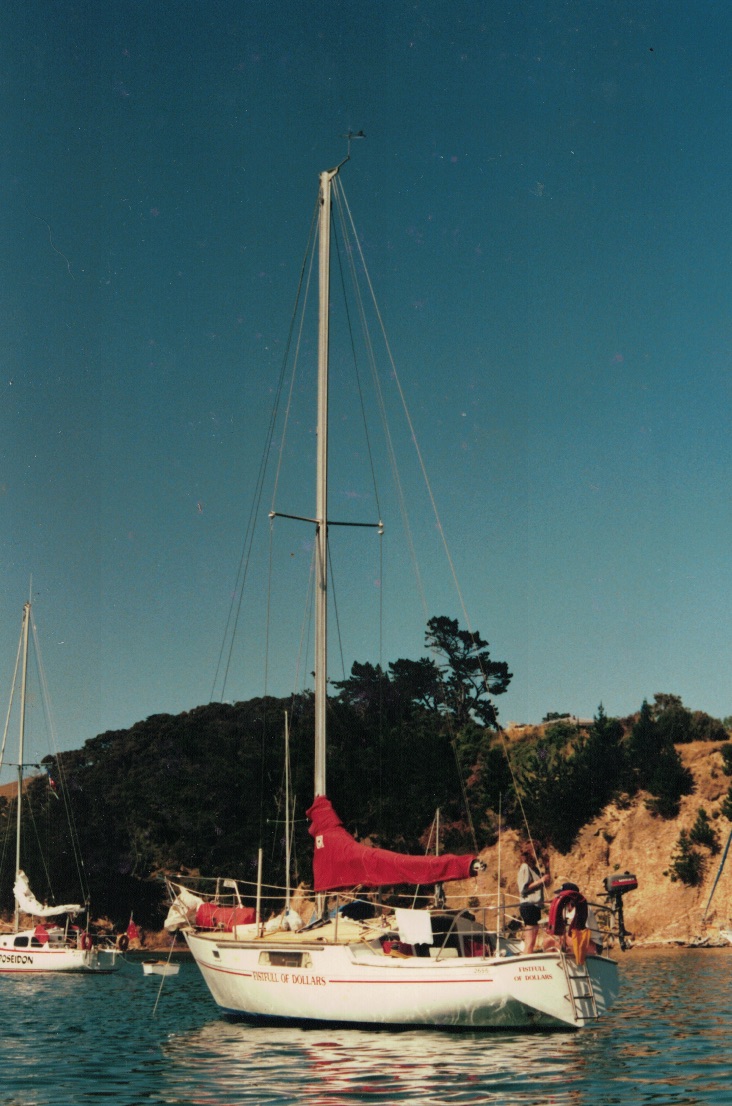